The model of OTIS OVF30 Frequency Inverter is an early equipped in the 300VF control system of OTIS elevator. Due to the service life is longer (at least 10 years), there has a high damage rate of ABA26800XU1(or XU2) in the frequency inverter. ElevatorVip has accumulated rich maintenance experiences in the past few years, now we are showing the experiences of maintenance and how to troubleshoot issue to everyone as below: 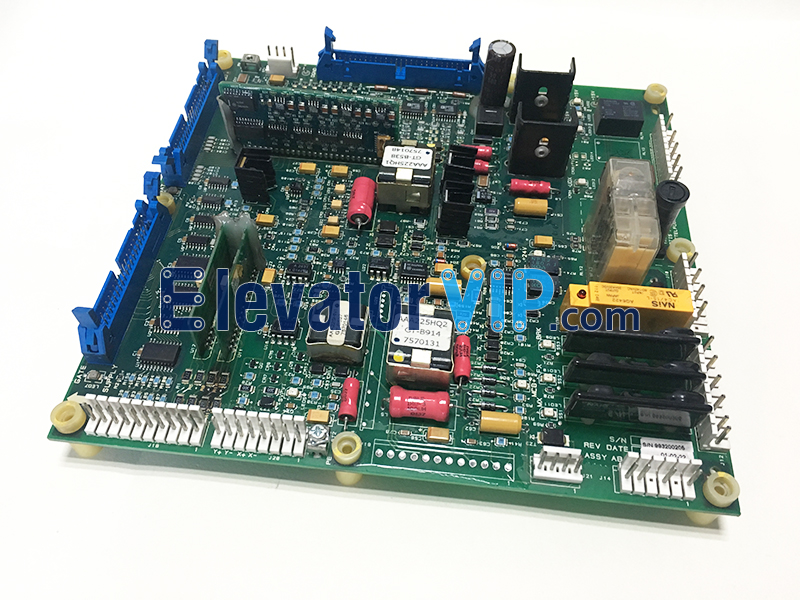 Failure 1: Power on works well, fault code: ‘X04A’ displays on the frequency inverter board, the UDX light flash alternatively, UDX relay switch turn on and off alternatively, and BRK light doesn’t work.
Fault Point: This fault is generally caused by an issue in drive signal return circuit of IGBT. Generally, it is caused by that R118-R124=499 ohmic resistance is increased, please just replace the broken resistance, which works well.

Failure 2: Power on works well, fault code: ‘X04A’ displays on the frequency inverter board, the UDX light flash alternatively, UDX relay switch turn on and off alternatively, and BRK light is on once, then off.
Fault Point: This fault is generally caused by the limit value of current sampling resistor is increased in the current checking circuit. Usually, the resistance value of R146, R149, or R152 is increased, please replace it, which works well.

Failure 3: Power on doesn’t work properly, fault code: ‘!04A’ displays on the frequency inverter board.
Fault Point: The OTIS Elevator Test Tool (TT) is needed to troubleshoot the fault, if there displays ‘M4-2-1’ on the TT, which the fault is ‘UDX not pickd nc’ means UDX replay NC doesn’t work normally or action incorrect, in final it was found that the resistors in R78, R75, R77, and R83 had deteriorated, after replacing the deteriorated resistors, it started normally. If the fault code is ‘UDX not pickd no’ means the R78 is broken.

Tips: The OTIS Test Tool (Part number: GAA21750AK3) is important tool during maintenance of ABA26800XU1 and ABA26800XU2, which is useful tool according to fault code to check the fault point at your jobsite.