Due to the lack of energy and power resources, the operation of escalators under no-load condition has become a huge waste. Therefore, we envisage that if the escalator can be automatically detected to be empty for a period of time, the escalator will be instructed to slow down from full speed to half speed. In the relatively infrequent places where people come in and out, based on the above ideas, after the escalator detects the no-load status for a period of time, it will slow down gradually from full speed to stop operation, so as to save about 30% ~ 50% of electricity. When a passenger steps on the bed cover of an escalator, the escalator can start running at full speed by automatically sensing the arrival of the passenger through a photoelectric sensor set at the entrance of the escalator cover.

What is the principle that escalators only start when people taken?

What is the reason for the deviation of escalator steps? 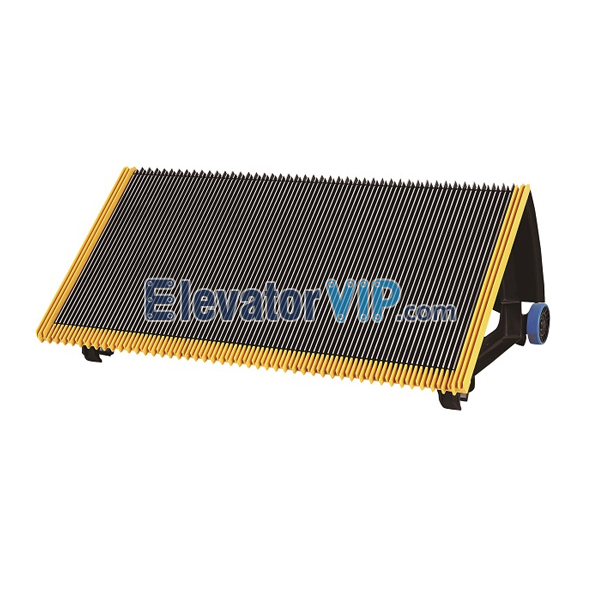 The steps are integral and modular. The integral die casting is made of aluminum alloy with high precision, light weight and high processing speed. The modular echelon is composed of steps, kicking plate, supporting frame and other parts, with large weight and poor precision. It is a product of small die-casting capacity and is gradually replaced by integral echelon.

The escalator is generally inclined. A pedestrian standing on one end of an escalator will be automatically taken to the other end of the escalator and the steps will remain level all the way. Escalator step has with cascade synchronous moving in on both sides armrest, fu grip for users. Escalators can always walk in one direction, but most can be controlled by managers according to the needs of time, people and so on. Another type of pedestrian conveyance similar to escalators is the automatic walkway. The main difference between the two is that there are no steps on the automatic pedestrian path. Most only walk on the flat ground, or lean slightly.

The escalator consists of a stairway (variable plate conveyor) and an arm rest (deformed belt conveyor) on both sides. Its main components are cascade, traction chain and sprocket, guide rail system, the main drive system (including motor, speed reducer, brake, and the middle transmission links, etc.) drives main shaft, step and tension device, skeleton, comb plate, escalator handrail system and electrical system, etc. The staircase gradually forms a staircase after horizontal movement towards the passenger entrance (facilitating passengers to ascend the stairs). The steps close to the entrance gradually disappear and the steps move horizontally again. These movements are realized by the steps of the main wheel and the auxiliary wheel respectively walking along different steps of the guide way.